Economic promotion policies have been for decades one of the priorities of local governments. This article is a reflection about which are the inputs that inspire these actions and their eventual need to update them.

Under the scope of local economic development we can locate all those public policies with the purpose to promote economic recovery and the dynamization of local societies and which, through the use of endogenous resources in a given territory and private-public partnership, are capable of stimulating and fostering economic growth, creating employment in order to improve the quality of life and social welfare of local populations. This is a classic definition (Mateo Hernando, Emmarcament teòric i conceptual del desenvolupament local i la promoció econòmica).

In short, its three major objectives are:
• Diversify the economic activity of a city or territory
• Create jobs
• Improving the quality of life and well-being of citizens

According to the principle of local autonomy, administrations started to promote this kind of policies to deal with the effects of the economic crisis of the 1970s. Funding of these policies is not guaranteed by law, since they are voluntarily undertaken by local administrations. However, the European Union has traditionally financed their development.

For example, the EU’s Strategy for Smart Specialization (RIS3) puts special emphasis on local development, as we have seen in previous articles. Some of the instruments of these policies at a Catalan level are the RIS3CAT Communities and the Projects for Territorial Specialisation and Competitiveness (PECT), where local governments play a key role.

Local economic promotion policies began by creating land for economic activity, industrial land, the famous polygons. The aim was to facilitate the attraction of new companies to face the structural changes of the late 1990s.

But what about these municipalities with no possibility of developing industrial land, touristic towns or big cities that did not want the big factories of the past? For these and some other reasons, some city councils also began to develop training policies for unemployed people, trying to encourage their professional re-qualification so that they have greater chances of finding a job.

Subsequently, the spotlight was also put on the private sector, and they began to promote incubators of companies, at the same time they started the contact with private companies to have them as partners in several local initiatives. The traditional administrative-business divorce was beginning to be resolved.

In this sense, training for unemployed people has been the main public policy of local economic promotion. Even though companies had been also included in these policies, even today the burden of public policies in economic development fall on the people who are in this situation. For example, Barcelona Activa, the local economic development agency of the Catalan capital with a strong international reputation, still today (June 2017) applies this policy: training for those who do not have a job.

Thus, the local administration plays a secondary role, providing support to individuals and companies, but it is not actively involved in the core of the issue. Could local governments have a more active role in economic dynamism?

In addition, local economic development policies have often not been accompanied by a cross-cutting vision or coordination between the different areas of local government. There are also other difficulties in the current paradigm that can place LED policies in a deadlock:

City Councils & other local administrations, Agencies and Consortia would do well to rethink some of their functions. Some other government bodies, such as the Servei d’Ocupació de Catalunya, the great financier of policies and professional figures in local economic development, should also rethink some of their functions which are already out of date. And the funding from the EU is a good Europe in the field of local development is a good incentive they need to take profit.

The paradigm must change, from assisting the person who does not have work, the administration must become an agent of dynamization of local economies. From a subsidiary role to a key one. This does not mean that training courses for unemployed people, neets and groups in risk of social exclusion should be cancelled, but it means that something else should be done.

These are examples of some purposals of strands of work:

U·TRANS is collaborating with several local governments who have understood the need for a proactive approach in LED. 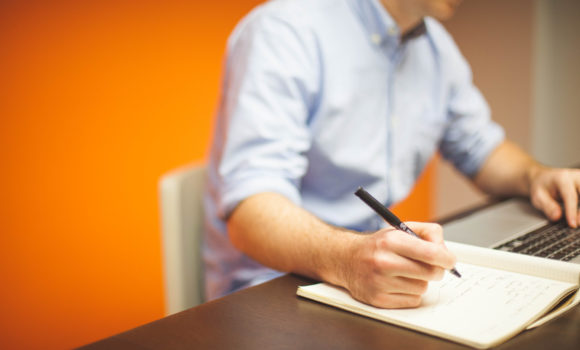 Internships in companies and talent: low-cost labor or investment?

Creating links between professional training and business is the essential duty to be fulfilled by the national education system, promoting…